I wrote earlier in this space about Frederick Varley's sojourn in Vancouver, 1926-36. Not long ago I took a stroll to see if I could locate any sites in the city associated with the artist.

When they arrived in the fall of 1926, the Varley family settled into a rented bungalow on the grounds of a much larger home on Point Grey Road owned by a wealthy mining engineer, J.B. Woodworth. (Varley's biographer Maria Tippett says that the bungalow, which overlooked Jericho Beach, was actually the second floor of a boathouse.) The property is now a parking lot attached to the Jericho Tennis Club. The photograph above, showing the house next door, Brock House, (courtesy Vancouver Public Library 8936A) indicates that the neighbourhood was pretty posh, as it is today, not one where you'd expect to find a struggling artist.

The Varleys lived on Pt Grey Rd. for six or seven years and for part of that time their bungalow was a bit of a bohemian hangout with art students playing badminton on the lawn and fellow artists like Jock Macdonald and John Vanderpant arguing over the chess board. It was, recalled Varley's son Peter, a very happy time for the family.

About the same time John Vanderpant, who was an accomplished photographer, opened a gallery on Robson Street where he loved to entertain his friends with exhibits of avant garde art and musical evenings. Once a week the entire Varley family piled into Vanderpant's car and drove downtown to spend the evening at the gallery listening to records of modern composers on the big hi-fi. 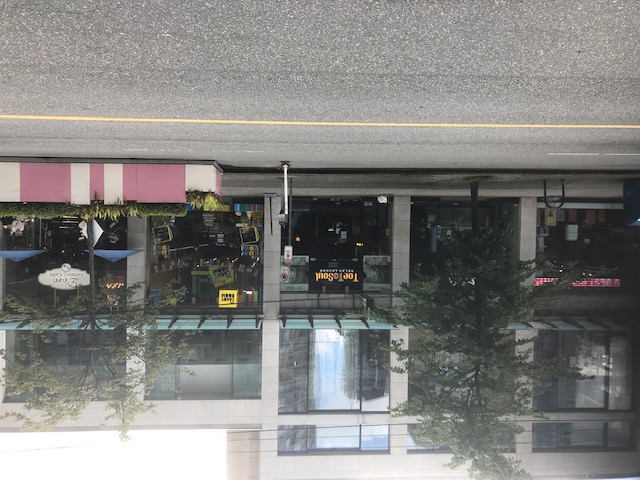 Again, the building is no more. After becoming a French restaurant it burned in the 1960s. I got this snap of where it used to be.

In about 1929 the idyll began to disintegrate. Several artists, Varley among them, had taken studio space in a large old home on Bute Street in the city's West End, which may be where Fred began his affair with one of his young students, Vera Weatherbie. As well as being the same age as his daughter, Vera was a very talented painter and the two began spending more and more time together, Fred neglecting his wife Maud and the four children. 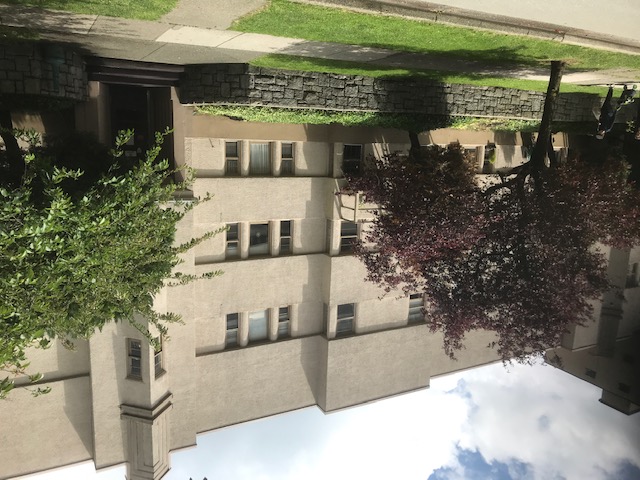 I discovered on my stroll that, alas, the house, called Parakantas, no longer exists. It has been replaced by this large apartment building.

Fred had come West in the first place to take a teaching position at the Vancouver School of Decorative and Applied Arts (now Emily Carr University). In 1933, under the financial pressures of the Depression, the director of the school, Charles Scott, slashed the salaries of the staff. Varley and Macdonald resigned in protest and along with designer Harry Tauber opened their own school, the BC College of Arts.

The college occupied a former automobile showroom on Georgia Street, which was located on the present site (below) of the bar of the Trump Hotel, which closed this past summer. 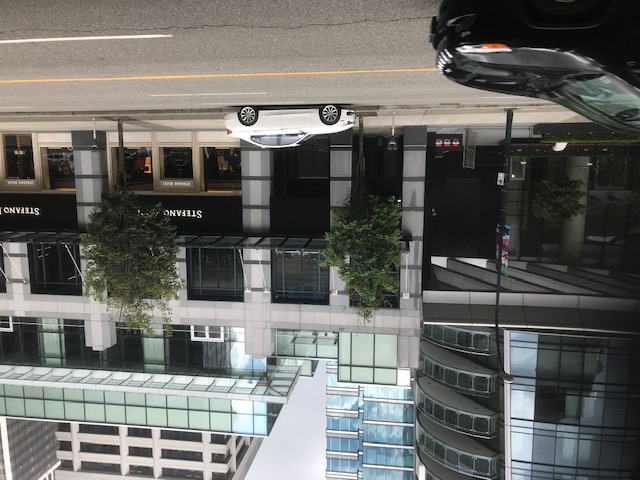 So aside from the cottage on the North Shore which I wrote about earlier, I couldn't locate any physical evidence of Varley's decade in the city. Of course, many fine paintings survive.

Not long ago I was watching a television documentary about the 1920s in Paris and the host was able to visit all of the different apartments and bars and galleries he was describing. Just one more difference between Paris and Vancouver, I guess.

Which reminds me of a story. Several years ago I was sitting at a coffee shop on Lonsdale Avenue, North Vancouver's "main street". An elderly couple was sitting next to me. By their accents I assumed they were visiting from England. I was astonished at one point to hear the man observe, "It's just like Paris, isn't it?" Ever since I have tried, so far without success, to see my "hood" through that man's eyes.

Since last year August 1 has been recognized as Emancipation Day in Canada, commemorating the abolition of slavery. I hadn't seen the relevance for British Columbia. Slavery was not practised here (except by Indigenous people but that is a different...

About three years ago I spent a fascinating afternoon touring Mount Pleasant with an ultra-knowledgeable guide, Christine Hagemoen. Mount Pleasant was pretty much the first residential suburb of Vancouver. Settlement began in the 1890s...